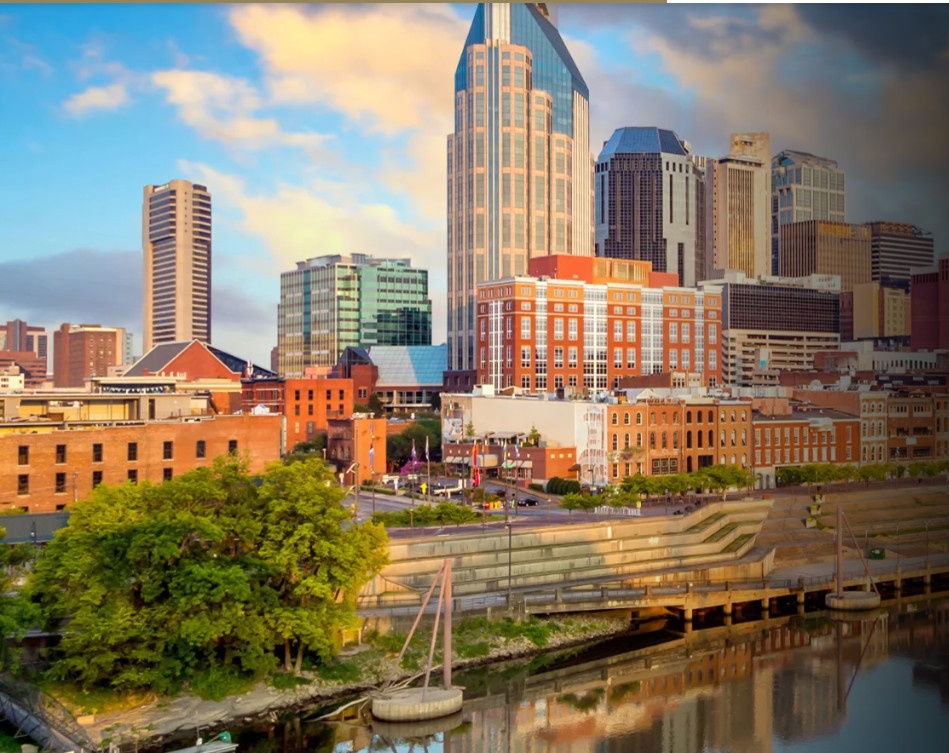 Over the last few decades, Nashville, Tennessee, has transformed from a sleepy state capital with a music scene to a cosmopolitan city with a diverse economy and the amenities that luxury buyers expect in an urban hub.

“In the late ’90s, early 2000s, the city had a nice downtown, but people only went there to drink and listen to music. Nobody lived downtown,” said George Ratiu, manager of economic research for Realtor.com. “You go to Nashville downtown today, it is sparkling with gleaming, glass skyscrapers, condos, apartments, office buildings. It has an entire host of establishments from stadiums to concert halls. It has grown to resemble much bigger cities over the last decade or two.”

The Tennessee city’s glow-up has contributed to the metro area—which also includes Davidson, Murfreesboro and Franklin—ranking as the top destination for luxury buyers on The Wall Street Journal/Realtor.com Emerging Housing Markets Index for the second quarter of 2022, released Tuesday.

The transformation started in the late 1990s when two professional sports teams came to the city, the NFL’s Tennessee Titans and the Nashville Predators of the NHL.

Two other pluses for the city: It’s located in the middle of the country, making commuting easy for executives who need to take meetings in New York or Chicago, and it offers a variety of lifestyles that cater to everyone from equestrians to boat lovers. It’s one of several cities that have seen increased interest since the Covid-19 pandemic began.

“Nashville is part of this Sun Belt city group which has been led by Austin, Texas, for at least the last five to eight years,” Mr. Ratiu said. “This rising group of cities have seen their profile elevated significantly, especially during the pandemic.”

Indeed, six of the top 10 cities on the index are part of the Sun Belt, the southern part of the country that extends from Florida to California. These areas have strong, diversified economies, relative affordability and a high quality of life with warm weather and plenty of opportunity to get outside. Those factors are attracting high-net-worth buyers who are looking to leave high-cost areas in the Northeast or on the West Coast, many of whom can now work remotely from almost anywhere.

Sixty metropolitan areas were reviewed within the luxury segment of the Emerging Housing Markets Index, and housing data for the top 1% of each market was used for the ranking.

For the report, Realtor.com analyzed data on the real estate market and other economic measures from the second quarter of 2022. The index looks at a number of indicators to rank the most active luxury housing markets. Those include growth in housing supply and demand; median listing prices; a cost of living measure; small businesses; local property taxes; amenities; unemployment; wages; and the share of foreign-born residents—who contribute to the economic vitality and diversity of the area.