7 Nicknames For Nashville That We All Use And Love 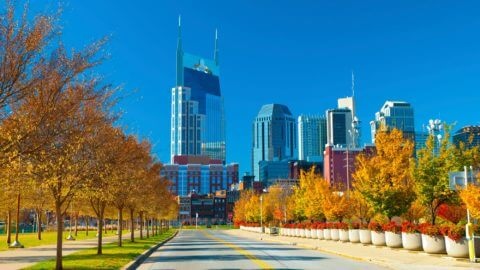 Nashville is a very eclectic city where you can find top-notch offerings of so many different kinds of art, food, music, and people. These are the things that make Nashville Nashville, and the city has picked up a few nicknames from these identities along the way. Everybody knows that Nashville is Music City, U.S.A., but there are so many more nicknames used by both locals and visitors alike.

We’re aware that these uncertain times are limiting many aspects of life as we all practice social and physical distancing. While we’re continuing to feature destinations that make our state wonderful, we don’t expect or encourage you to go check them out immediately. We believe that supporting local attractions is important now more than ever and we hope our articles inspire your future adventures!


With over 20 universities and colleges, Nashville has earned its nickname as the Athens of the South as a hub of education across the region. Plus, we have a full-scale replica of the Parthenon, so we're basically Athens.


The Nashville Predators have dubbed their home city with the affectionate but menacing nickname of Smashville. The name even got national attention when the Predators went to the Stanley Cup in 2017.

Nashville is home to over 700 churches, making it the city with the most churches per capita in the entire nation. And with the South being named the Bible Belt, it's only fitting that Nashville is its buckle.


Nashville may not have the gambling of Las Vegas, but anyone that has walked down Broadway at 1 am on Saturday night knows that the lights and entertainment make it a miniaturized version of The Strip.

Cashville is a nickname that was made popular by Nashville rapper Young Buck's 2004 album "Straight Outta Cashville." The nickname is also on a few pawn and check cashing shops around town.


Last but not least, "Music City, U.S.A." was first coined in 1950 when WSM-AM announcer David Cobb said it in a broadcast. With so many iconic venues, artists, and record labels, it's clear why Nashville has earned this nickname.